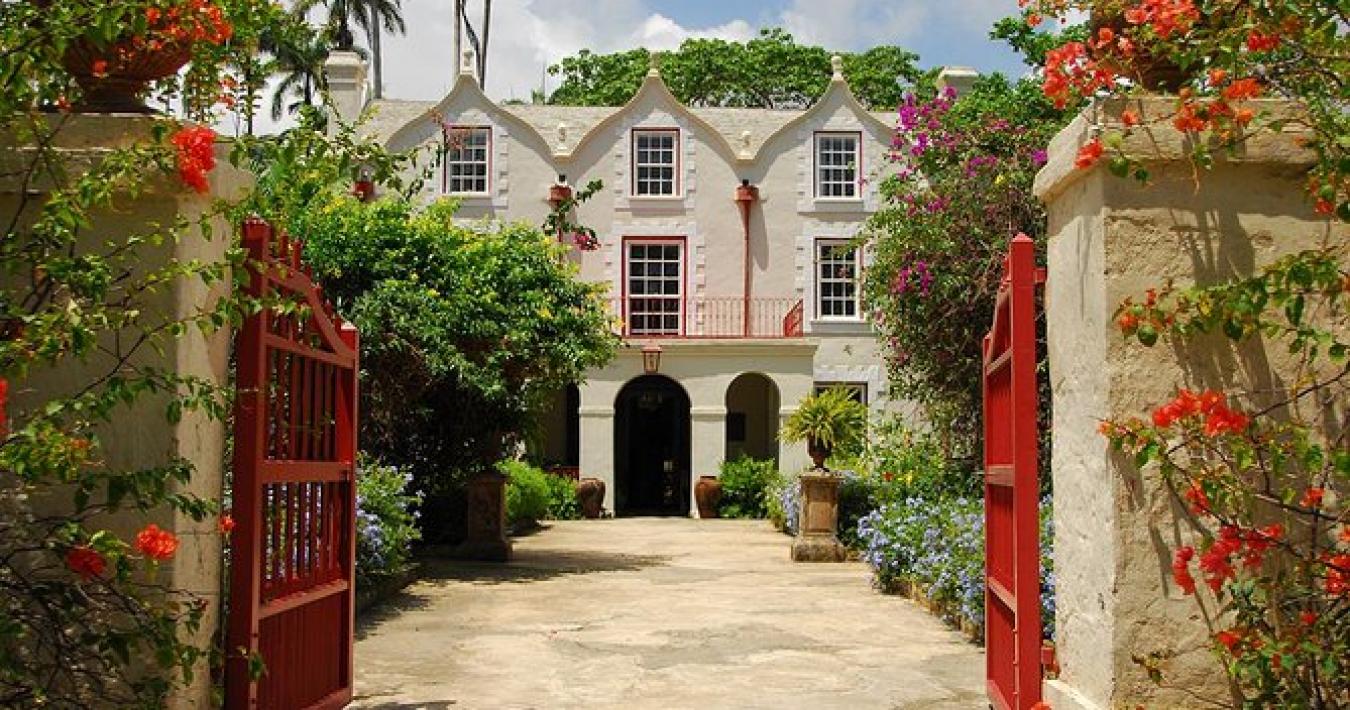 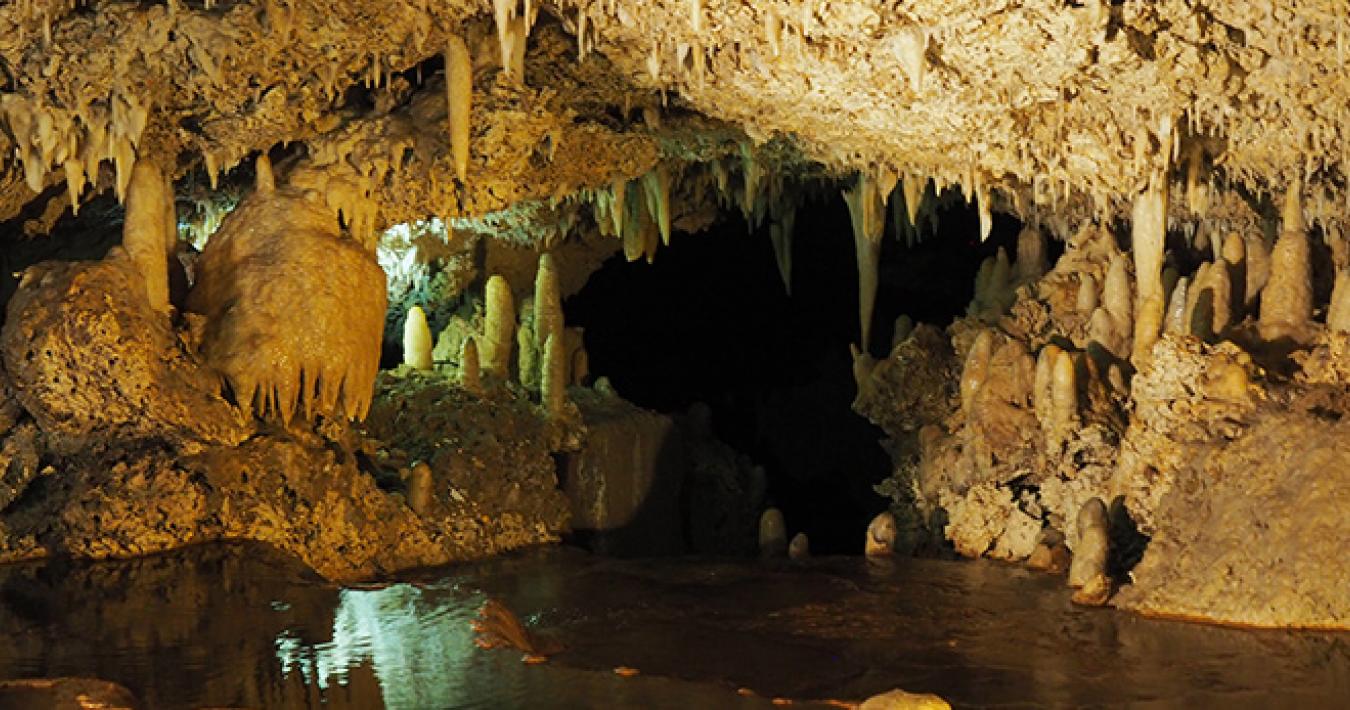 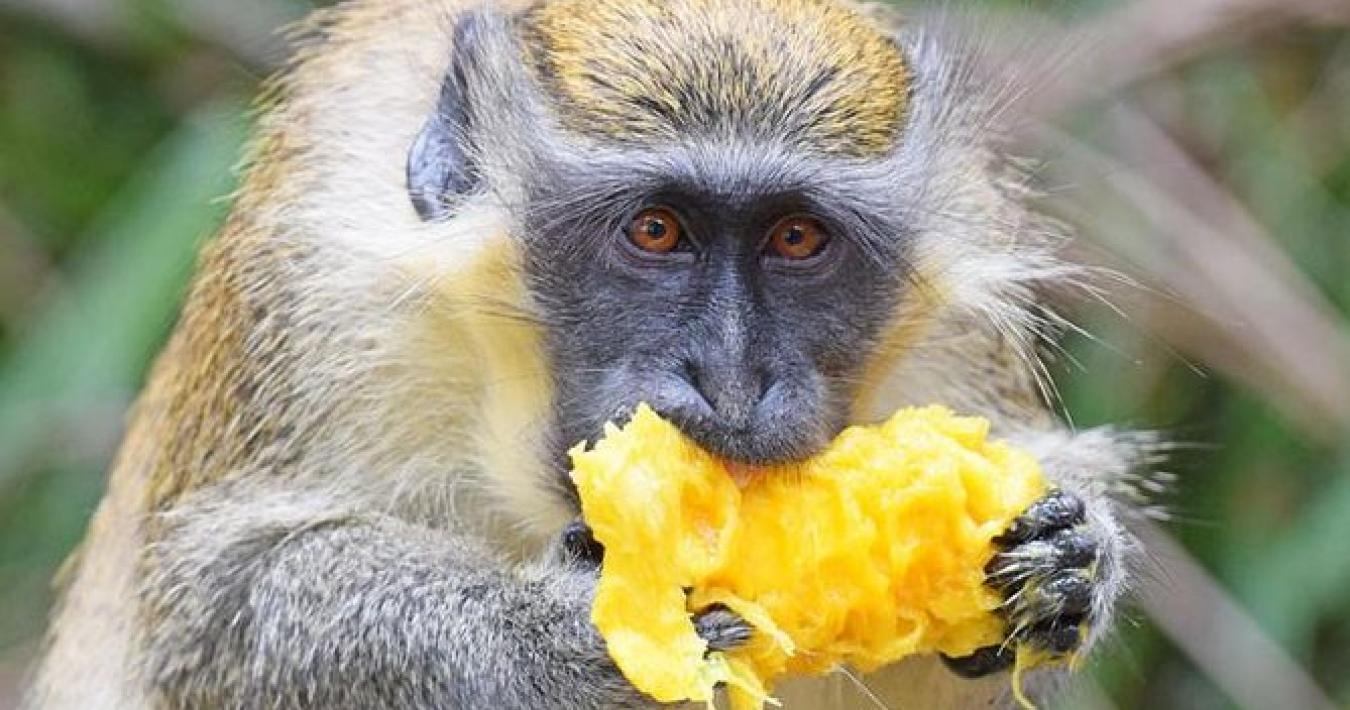 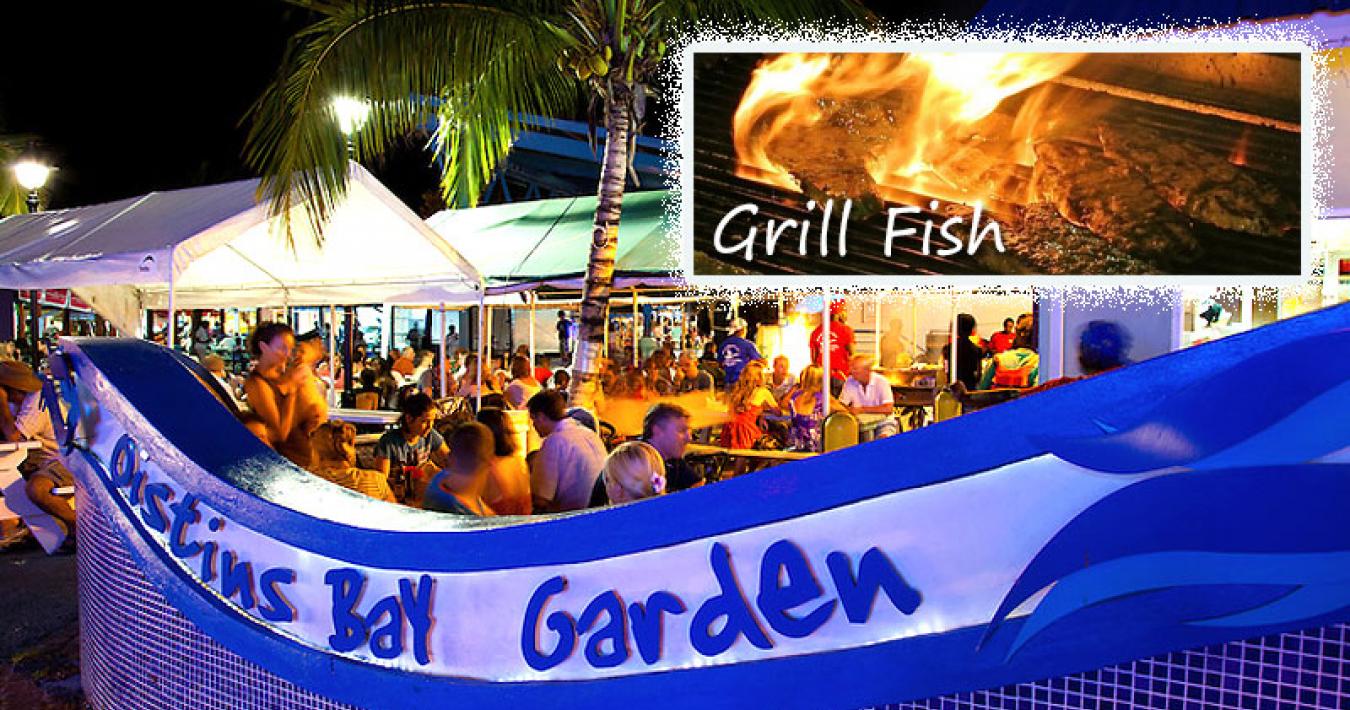 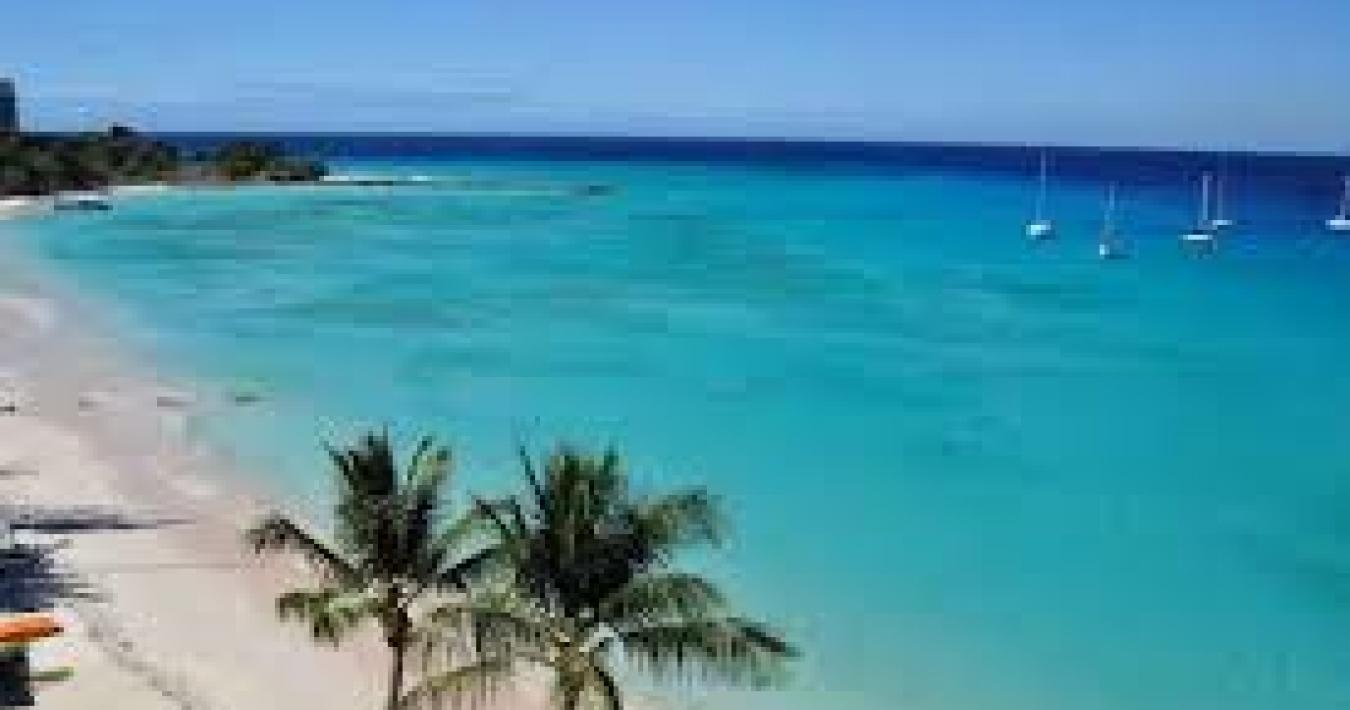 ST. NICHOLAS ABBEY, FARLEY HILL, ST. PETER
With visitors in 2009 exceeding the 19,000 mark, St. Nicholas Abbey has surely become one of the leading historic attractions in Barbados. Fully restored and kept as original as possible, one can be exposed to all that made St. Nicholas Abbey what it was and what it is today. Significant care and attention to detail has been executed in the restoration of St. Nicholas Abbey in order for its history to be preserved.
Such features include the lush terrain in the gullies, the Sandbox tree that is over 400 years old, a traditional 17th century herb garden, a historic film dating back to 1935, a 19th century steam mill, an original coral stone water drip, a rum distillery, a boiling house, a steam mill, a small museum and shop featuring St. Nicholas Abbey rum and sugar products and no one can leave out the 17th century Jacobean mansion itself.

CARLISLE BAY BEACH, BRIDGETOWN
Carlisle Bay is a natural crescent shaped harbour encompassing Bridgetown, Barbados' capital and several beaches, situated on the South West Coast of Barbados, in the parish of St. Michael, with Bridgetown and Bridgetown Harbour, Brandons Beach and Brighton Beach to the north, and Pebbles Beach and Needham's Point to the south.
Carlisle Bay's name derives from James Hay (the 1st Earl of Carlisle) who, as the second Lord Proprietor of Barbados, claimed Barbados in 1627 on behalf of King Charles I of England.
Carlisle Bay is an appealing, tranquil bay, with one of the largest beaches on the island and sparkling calm, shallow waters. Home to the ‘Boatyard’, many cruise ship passengers can spend the entire day here. Old or young, there is something for all ages at Carlisle Bay - exercising, jogging, swimming, snorkelling, body or 'boogie' boarding, eating, drinking, or simply relaxing in a beach chair watching the yachts and other small vessels anchored in the bay as they gently roll from side to side on the sea. With car parking facilities, good access for visitors with mobility difficulties, toilets, showers and changing rooms, and a lifeguard on duty, you will not want to leave Carlisle Bay in Barbados.
Carlisle Bay in Barbados has also been developed into a very popular and oft frequented underwater marine park. It is especially well known in Barbados for its scuba diving opportunities, with no less than six shipwrecks in close proximity: Berwind, a 70ft long First World War French tug boat sunk by her own crew in 1919; Ce-trek, a derelict cement boat that was sunk in 1986; Eillon, a 110ft former drug boat freighter that was sunk in 1996 as part of the marine park; Bajan Queen, Barbados' first tug boat when Bridgetown harbour was built in the 1960s, was sunk in 2002; Cornwallis, a Canadian freighter sunk by German u-boat torpedo during the Second World War; and a naval landing barge originally found in Carlisle Bay in Barbados.  Beginner to expert divers will not be disappointed in their search for hidden underwater treasures if they visit Carlisle Bay in Barbados.
The sunken vessels are the source of various relics and ship paraphernalia, and anchors, pylons, bottles, cannons and cannon balls mark out a trail from one ship to another.  The wrecks also provide habitats for a proliferation of sea life, including sea horses, rays, barracudas, octopus, reef squid, mackerel, moray eel and frog fish, as well as the more unusual mantis shrimps, lettuce slugs, and pencil stars.

HARRISON CAVE, WELCHMAN HALL, ST. THOMAS
A thing of beauty is a sight to behold. Every country around the globe has at least one natural wonder which it invites everyone to come see, enjoy and appreciate. Harrison's Cave is such a natural gem; a limestone cavern in the depths of the earth in the parish of St. Thomas on the island of Barbados. One of the most sought after sight-seeing spots on the island, it is an underground adventure.
The cave is named after Thomas Harrison who owned the majority of land in the area back in the 1700s. This is the same person who established Harrison College, one of the top secondary schools in Barbados, in 1733. The caves basically remained closed to the mind and to the imagination until 1970 or so.
Following a period of exploration, it was then mapped out in 1974 by an overseas engineer, who was assisted by two Barbadian young men. Thereafter, the Government of Barbados started the development of Harrison Cave with alacrity and it was first opened to the public in 1981.
Within the past three (3) years, it has undergone major renovations and enhancement. There is now an exhibit point near the carpark, a Visitors' Reception Centre where entrance tickets can be purchased and persons can stroll around at leisure and view the displays. To reach the caves below, there are a few more options than in the past. There are two separate trails where persons can walk or a glass-front elevator where they can be whisked down in style. For a visit to the Cave, one is encouraged to dress comfortably and to at least wear practical shoes.
The intrigue associated with Harrison's Cave is the formation of the stalactites and stalagmites throughout the cave and the natural pools and waterfalls, altogether which combine to make this a special journey below the land surface in Barbados. Stops along the tram ride allow visitors to the Cave to stretch their legs and get up close and personal with the formations, take photos and delight in the wonder of nature.
Harrison's Cave is open daily from 8:45 a.m. to 3:45 p.m., with the exception of key public holidays such as Christmas, Good Friday, Easter and Kadooment.

WILD LIFE RESERVE, FARLEY HILL, ST. PETER
Located directly opposite the Farley Hill National Park in the parish of St. Peter is the Barbados Wildlife Reserve.
A visit to this reserve transports any visitor to a different feeling and experience, yet to be replicated on the island. Not a stop to be made if in a hurry, at least not if it is to be fully appreciated, the reserve offers a relaxing air that will see any guest slowing down as they walk along the winding paths and inclines admiring the foliage and majestic animals so that very little is missed.
The Wildlife Reserve is the closest thing to a zoo in Barbados and so both children and adults can be on the look-out for animals such as deer and agouti which roam freely throughout the park. Founded in 1985, the Barbados Wildlife Reserve covers some four acres with birds and  animals, most notable, the Green Monkey, in their unspoiled habitat. The trees, foliage and ferns grow naturally with most parts of the reserve being almost covered by a canopy of branches which makes the walk-through somewhat cool and breezy. While the vast majority of inhabitants roam freely, guests can be assured that the snakes are kept in a controlled and confined area. It is recognized that this will always be a concern for some and the safety of its guests is of utmost importance to the management and staff of the Barbados Wildlife Reserve.

OISTINS, CHRIST CHURCH
Take a trip to the south coast of Barbados any Friday night and you will be amazed at the abundance of people who frequent this area. As a visitor to the island you may be tempted to ask why but truth be told, there is something truly festive about Oistin's Fish Fry that is constantly alluring to the people of Barbados and visitors to the island.
This festive atmosphere comes alive with great music, great friends, all night dancing and some of the most interesting conversations found anywhere in Barbados.
On arrival, the first thing that will probably be on your mind is the thought of good Bajan food. Be prepared to stand in line. That's just how heavy the demand is for food on these Friday nights. Flying fish, lobster, swordfish, tuna, mahi mahi, marlin and chicken are all available to simply expose you to what liming in Barbados is all about.
You can choose to sit at any of the many outdoor eating tables available. As there is always a crowd at Oistins Fish Fry, there is also a great possibility that these eating tables will have others at them dining by the time you get there. Not a problem as Bajans are some of the easiest people to get along with and would be more than happy for you to join their table if there's nothing else available.
There's a small stage where the brave at heart go onto and dance the night away to whatever genre of music is playing. Don't be fooled as the energy levels at Oistins Fish Fry are so enticing that even the not so brave at heart are often time seen letting go of their inhibitions and hitting the dance floor as well. It's just that exciting an ambience.
A visit to Barbados would not be the same unless you spend some time at Oistins.